Contribute to the Spindle Fairytale 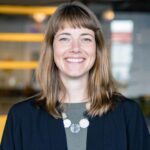 Since the last time you heard from me, I’ve started working on my first few real tickets. Surprisingly, the coding itself didn’t turn out to be the biggest hurdle. This was partial because I was pair-programming with Bob – who’s doing an awesome job occupying the Holacracy-role of teacher – and maybe because the tickets were relatively simple. Getting excited about the fact that the button to send a fax now actually says ‘send’ instead of ‘save’: that’s me!

The more difficult part was to wrap my head around the whole workflow. Git (our version control system) was, despite a few tutorials, still something magical that I didn’t really understand, and then there’s the specific review process to go through.
So, I asked my colleagues for help and Marco came up with a plan to write a tutorial (some time ago he also wrote “Estrada“, the Epic Spindle Template for Really Awesome Django Apps). In a few hours he created a step-by-step tutorial, where you can contribute to the Spindle Fairytale while following the workflow and commit your additions along the way, review process included.

Of course the tutorial is available on GitHub, go on and have a look. It’s made for future employees at Spindle, for future nerds-to-be like myself, and for anyone who’s interested or wants to contribute to the Spindle Fairytale. The first three lines are already written (including a happy ending) but it is by no means finished so feel free to add to the story!