This is the first in a series of posts on how we crafted the Spindle brand. I’ll write about moments, models and missteps.

The process of building a brand

In the past few months we’ve been crafting the Spindle identity. While we’re quite fond of the result, it has been the process that tells a nice story. Maybe you know or experienced it yourself, but building a brand is messy. It gets even messier when you decide to involve the whole team. That’s what we did.

You must know, we are an odd-structured company. We have no managers and lack traditional hiararchy which leads to a very democratic decision-making process. That’s not always easy, but in general it means that whatever decision we make, there is consensus on the direction we take.

For a brand that’s built around the DNA and characteristics of a team, it’s a must to have everybody on the same page. To achieve this, we took a bold step and asked designer Jesse to open up his creative process (which isn’t a designer’s favorite thing) to start discussions early on in the process. 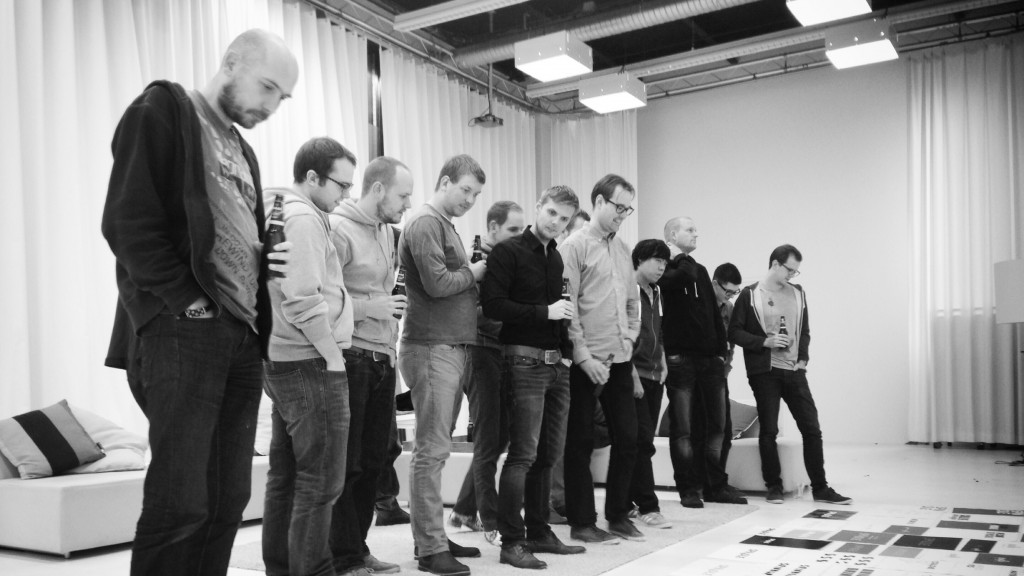 During our first get-together (Kitchen Review), in which Jesse showed us a few directions, you could feel the excitement about the presented styles and see the intense involvement during discussion where people tried to convince each other. This led to some interesting talks that went beyond look and feel. We talked about emotions, perspectives and ideology.

It was in that moment that I felt that Spindle is a company to call your own.