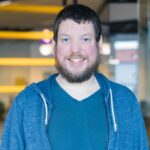 I have been working with Dell servers for a little over seven years now. While I’ve only seen a single server (of six years old) fail in those seven years, the DRAC virtual console has always been difficult to use under Linux. Most of the time, with the old DRAC versions (4 and 5), I had to use Windows VM’s with very old browser versions like IE 6 and Mozilla 2.0. Of course you mostly want to use a DRAC when a server has issues and often you want to do it as fast as possible. It becomes annoying when in the heat of the moment you can’t just point your browser to the correct IP and do your thing.

Recently I had to setup two new Dell servers and they have DRAC 7. Reading about it on the web, it should work as expected on Linux with a Java plugin. That was great news, because I had to install the servers remotely. It should be as simple as opening the DRAC URL in a recent browser, login on the DRAC and launch the virtual console Java Webapp. Unfortunately, it wasn’t. Every single time I launched the app it segfaulted while it was “connecting to virtual console server”. To clarify: my workstation runs Archlinux x64 and I was using Firefox 37 and the icedtea 1.5.2 Java plugin. Most distros come with the icedtea-plugin, so it should not be an issue. I was unable to find any cause for this problem online, so I began to troubleshoot it myself. Not being a senior Java programmer, the Java errors didn’t help me one bit so I had to revert to trial and error.

I began by using the Oracle Java 8 plugin, but it still segfaulted. Remembering the days of old, I figured I had to use an older Java version so I tried versions 7 and 6. It still didn’t work. Eventually I got it working though, using a 32-bit Java version. There shouldn’t be a difference, but in the end the 32-bit Java Web Start did not crash when loading. I had almost given up on this but after testing on my co-workers laptop that runs Debian and seeing it work, I knew it had to be possible. I don’t know if the fault lies with Java or Dell, but I suspect it’s Dell.

I hope we get a HTML5 console in DRAC 8 and that it works without having to go through all the trouble of finding a working setup. For now, when using DRAC 7 with Linux, use a 32-bits version of Java and you’re good to go.