How to Heroku: force https connections 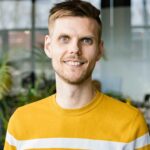 If, like me, you want all the connections to your Heroku app to be secure, and you’re using django + gunicorn, here’s how to do it. There are more ways to do this, but this is how it worked for me.

So you’ve added an SSL add-on or you’re just using the piggyback certificate provided by Heroku, but you can still access your app through insecure connections. What gives?

What I found the most frustrating was that this is a largely undocumented issue. Both the Heroku and gunicorn docs (latest versions) are lacking this. There are plenty of StackOverflow questions about this, all with good answers, just missing one vital step.

So here we go, combining what I’ve learned with things from other posts. It’s actually really easy when you know how.

The heroku router is a large part of the initial problem, it strips the request of all information regarding the used protocol (http vs https). Lucky for us however, it adds a new header to replace this. Now all we’ve got to do is get our app to listen to this
X-FORWARDED-PROTOheader.

We will do this by adding a gunicorn configuration file (if you don’t already have one). In this file we add the lines:

Basically the first line is telling gunicorn we are in a trusted environment and we should accept these headers from all incoming ip adresses. We need to do this, because we don’t know the Heroku routers ip in advance. This was the hard part, I didn’t see any other posts refer to this, and it was removed in later versions of gunicorn docs.

The second line is telling gunicorn which headers to look for and what content they should have in order to be considered secure. As you might have noticed, this part was freely available all over StackOverflow.

Now change your Procfile to say the following:

NB: Don’t forget to add your worker configuration to this file as well, amongst other things! For a full reference check out the gunicorn docs.

NB2: You can also do this using Django’s settings, but I figured gunicorn would be more suitable for this kind of stuff.

Because we’re not running nginx or apache in front of our application which can do the redirecting part, we need to do this manually. I haven’t found how to do this using a standard Heroku add-on or using gunicorn, so we’ll be doing it in Django using some middleware. Fortunately for us there is someone who’s already made this into a pip installable package.

Just add that to the INSTALLED_APPS and MIDDLEWARE_CLASSES in your Django settings. By default it looks at your DEBUG setting to determine whether to redirect or not, so that’s the only configuration needed.