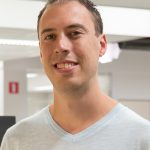 Finding my book back

Yes, this story is wrong on many levels. One of them is how much faster it is to only look in the ‘MySQL for Dummies’ books. But this illustrates what MySQL did in our new fraud detection system on the VoIPGRID platform. This article describes what happened and how we found a solution.

First, a bit of background information about our fraud detection system. This system detects suspicious calling behaviour, for instance when one of our clients has a sudden increase in call traffic to potentially fraudulent destinations. This can happen when their VoIP trunk is hacked by an outsider. Once detected by us, their call traffic is blocked and the client is protected from running into sky-high costs – often, these costs now stay below 1 euro.

A Call has one or more Participants. We need a set of Participants to do analysis on. In Django, this can be done with a simple lookup. For example, if we need the traffic data of calls which ended between 1pm and 2pm on May 1st for clients with client codes 12345 and 12346, we can run this code:

Under the hood, Django generates a MySQL query for it:

MySQL executes the query, Django creates a QuerySet from the result, and we are done. Except we are not.

Where it went haywire

99% of the time, the QuerySet is created in a split of a second – no problem there. The other 1% however, it seemed to just hang for about a minute.

At first, we were clueless why, but soon the MySQL optimizer was our prime suspect. So we dug into the MySQL queries outputted by Django, and on how MySQL executes these queries using explain.

Now, in the WHERE clause of the MySQL query above, we see two columns: hangup and clientcode. Both columns are indexed. However, the use of the index on the hangup column is much faster in this query. Thus, the order in which the indexes are used by MySQL matters. As it turned out, 99% of the time, the MySQL optimizer chooses to use index on hangup first. But, once in a while, it goes ape shit mad and chooses to use the index on clientcode first.

In other words, it looks at every book in the library with notes on the last page, instead of just those called ‘MySQL for Dummies’. That explains why these queries take so long.

Where we found peace

We had to force MySQL to use the index on hangup before using the index on clientcode. In MySQL, using an index can be forced with the USE INDEX clause. However, Django supports no way to force the use of an index. We had to omit the ORM.

So, first we fetch the primary keys of Participants with a MySQL query:

We then use the result of the query to create a QuerySet, like so:

We can use this QuerySet in the fraud detection system for our traffic data analysis. The sole purpose of all this is forcing MySQL to use one index before another. If that was not necessary, Django’s ORM would have been good enough.

The lesson for us was: if you stumble upon inconsistent performance issues, it may be the MySQL optimizer, optimizing like mad, checking out every book in the library.