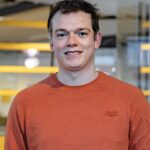 In our quest to find solutions for versioning internal code paths we found a lot of information about versioning. The only problem with this information is that 99% of the sources are talking about how you should version your API for consumers. That, of course, is a very interesting topic but we wanted to know some more about how you would organize the code behind those versions.

Do you copy paste existing functions and into a new module called v2? Do you implement some sort of ‘if elif else’ structure to call the right function when someone needs version 1 or version 2? How are you going to maintain these different versions and code? How do you keep track of which function is used for what version?

We ended up with a lot of question and no answers.

The next step was to think about what would be really awesome for versioning internal code. The most obvious solutions like a switch-like structure or a folder structure with duplicate code weren’t really satisfying. What if we could just import the function or class we needed only once and call/init different versions with it? What if we could use inheritance to only modify that what was needed for the new version and leave the rest untouched? Our main goal was to find a way to facilitate those solutions and build it.

How to version runtime code?

As you can see this makes it very easy to version internal code and call a different version. You also only have to import the function/class once. We wrote some functions to validate your whole system for missing or wrong use of versioning. We called the package “Versionary” and it is open source. You can find it on PyPi and GitHub.