VoIPGRID is the telephony platform for all businesses that prefer talking over texting. We’ve built an awesome user-oriented, cloud-based VoIP platform that amongst the fastest growing ones in the market. It enables telecom providers to deliver high quality VoIP technology to their business customers.

The telecom providers – 200 and counting – can manage everything in one simple interface, from call plans and call groups to webhooks and opening hours. They can even enable the end user to do everything themselves in a simple and easy to use web environment. This way, we enable over 25.000 businesses to be reachable whenever and wherever they want. VoIPGRID makes VoIP technology fast, simple and accessible. 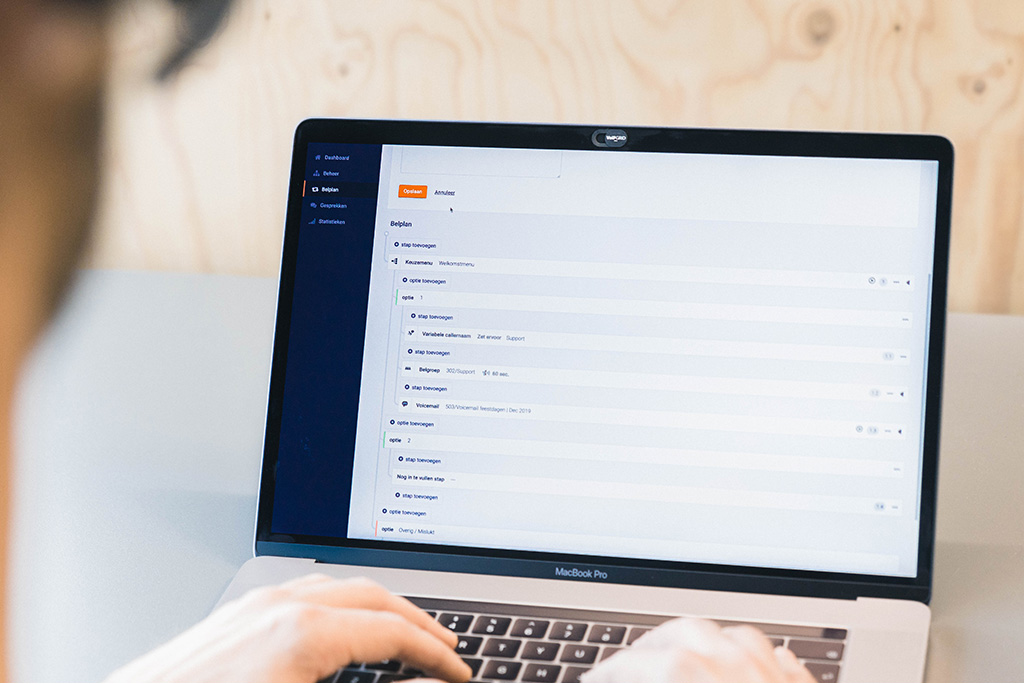 Now, let’s talk fundamentals. At the core of VoIPGRID, you’ll find a collection of Asterisk (the open source PBX) servers. These are spread out over the Netherlands, which makes the whole platform redundant on the network and service level.

OpenSIPS (the new breed of communication engine) acts as a proxy that registers VoIP accounts and delivers calls to one of the servers or to a transit provider for placing calls on the Public Switched Telephone Network (PTSN or oldskool phone network).

The Python based Django framework is used for the back-end of the webportal where users can configure their cloud-hosted PBX. The highly skilled UX team makes sure that users can do this in the most intuitive way, which leads to an interface that sets us apart from the competition.